The security of your data is one of our highest priorities. Your data is encrypted at all stages, and we monitor, manage, and log access to it.

The new database will be cloud-based, running on AWS servers in Frankfurt, Germany. This means that instead of sending data from the collectors (AWS Frankfurt) to the database in Ballerup, Denmark (InterXion), the data will be stored on the new database that is also located on servers in AWS Frankfurt. This infrastructure is controlled by Siteimprove and is independent from other AWS regions.

As always, we are taking the security of data very seriously and consider this a further strengthening of Siteimprove’s security stance. Data is encrypted throughout the data pipeline – both “in transit” and “at rest”. Siteimprove carefully monitors, manages, and logs access to the data. Read more about the encryption.

One of the procedures used to safeguard the data is AWS Identity and Access Management (IAM), through which Siteimprove can securely control access. IAM controls who is authenticated (signed in) and authorized (has permissions) to use the encryption keys. The authorization has been restricted to include only key personnel within Siteimprove (Denmark) who are contractually bound to protect the confidentiality of such data.

See the illustration of data flow for the new analytics database 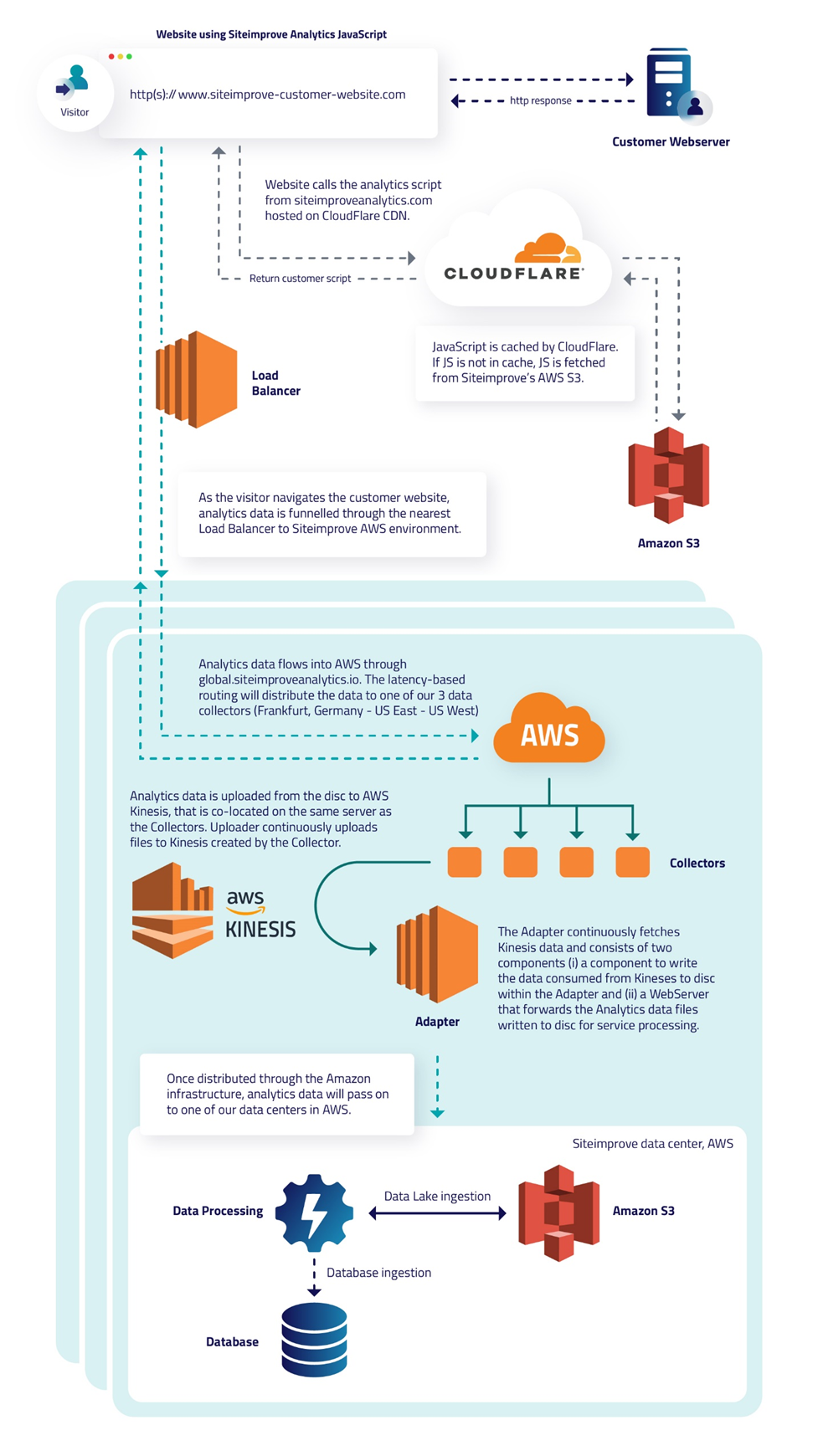